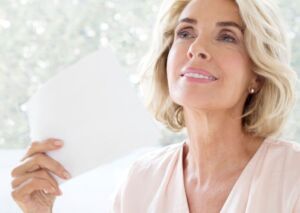 Eve Clinics are a specialist private menopause clinic. Lead by doctors with extensive experience in treating the symptoms of menopause, offering both medical advice and menopause treatments alongside non-surgical treatments, such as Mona Lisa laser touch to help to eradicate symptoms such as vaginal dryness and urinary incontinence.

Menopause, in the majority of cases, is an entirely natural part of the ageing process for women. However, the symptoms and side effects of going through what’s dubbed as “the change of life” can make some women feel uncomfortable, unhappy, and in some instances, less like themselves.

Our Menopause treatments are tailored to your needs, speak to one of our specialists to have a treatment plan made up.

Understanding what is happening to your body and what you can do to tackle some of the common symptoms of menopause can put you back in control and on the path to have a more positive menopause experience.

Put simply, menopause is the time when a woman ceases to have periods and marks the end of her reproductive years. Officially defined retrospectively, after a term of 12 months where no periods have occurred, natural menopause will happen to every woman when their predetermined number of ovarian follicles is finally exhausted.

As women approach the menopause, their ovaries make less of the hormone oestrogen, which can cause some start to feel a little different from usual, as their bodies prepare the transition into menopause. This stage is known as the perimenopause and is often denoted by irregular periods, with cycles and flow becoming less predictable. Fluctuating hormone levels can cause both physical symptoms such as hot sweats and mental symptoms such as erratic moods, forgetfulness and increased anxiety.

What age does menopause start?

The average age for a woman to attain menopause in the UK is 51. For most women, the menopause starts between the ages of 45 and 55; however, some of the symptoms of perimenopause can begin even in the early 40’s.

Early menopause – which is the terms for menopause that takes place between the ages of 40 and 45 affects around 5% of women.

Premature menopause, which is also known as premature ovarian insufficiency (POI) is where menopause takes place before the age of 40 and affects approximately 1 in 100 women in the UK.

What are the common symptoms of menopause?

While every woman will experience the menopause and lead up to it differently, there are some common symptoms, which include:

It’s important to remember that while these symptoms may sound daunting, many women will go through the menopause with little trouble. However, suppose some of the effects of the menopause are causing you issues. In that case, there are treatments available to help with the symptoms of menopause, and there are also several lifestyle changes that you can adopt to help combat them too.

Hot flushes and the menopause

Probably one of the most talked about symptoms of the menopause are hot flushes. Hot flushes (or flashes) are thought to be caused by changes hormone levels which affect the body’s temperature control.

Described by many as an overwhelming feeling of intense heat – hot flushes can come on suddenly and are not caused by an external source of heat – but instead, come on quickly and without warning.

Hot flushes affect around 75% of women going through the menopause; however, the duration and intensity widely varies from women to woman.

However, the reality is that they can feel incredibly uncomfortable and interfere with day to day life – after all who wants to be red and pouring with sweat when attending an important meeting or in the middle of the night. The good news is that there are ways you can help to minimise hot flushes or avoid them altogether.

Talk to us today!

Get in contact with our friendly and professional team to discuss your symtoms with us.

What can you do to help menopause symptoms?

Exercise can significantly help to boost both your physical and mental health, warding off both the physical and psychological determine effects of the menopause.

While the jury is still out on many natural remedies, many women swear by certain supplements or complementary therapies to help to get through the menopause more easily.

Some of the most popular natural remedies and treatments include acupuncture, red clover, black cohosh and certain soy-based diets.

Medical treatments for symptoms of menopause

The most effective treatment for symptoms of menopause is hormone replacement therapy (HRT). The biggest benefit of HRT is that it pretty much eradicates most common problems associated with “going through the change”.

Other medical treatments available tend to address specific issues and include;

Vaginal oestrogen – administered directly to the vagina to help to relieve vaginal dryness.

Antidepressants – for those who are struggling with their mental health as a result of symptoms of the menopause, certain antidepressants may be prescribed.

HRT is the leading treatment to address menopausal symptoms. It works by replacing the hormones which are lost as women go through the menopause.

As hormone therapy replaces lost oestrogen, progesterone and even testosterone, generally speaking, it removes all menopause symptoms which are caused by the loss of these hormones.

However, HRT is not suitable for everyone and, like any medication, there are risks and potential side effects.  Some types of HRT can increase the risk of breast cancer – however, it is generally believed that the benefits of HRT do outweigh the risks in most cases.

How Eve Clinics Can Help

We believe that making women feel good throughout the menopause is vital to making the transition easier. That’s why we take a dual approach to treating menopause symptoms. Our experienced doctors are on hand to provide advice and medical treatment, and we also offer a range of aesthetic treatments designed to make you feel your best.

Find out more about Mr Viney

If you are suffering from symptoms of menopause Eve Clinics have both medical and natural treatments available to help to ease your path through the change. Get in touch with us for your free consultation to find out how we can help you.